Allergies of the Eye

Eye allergies, also known as allergic conjunctivitis, are a common condition that affect millions of Americans, causing redness, tearing and many other symptoms that can impair a patient’s vision and affect their overall quality of life.

These symptoms are caused by triggers in the air, such as pollen, mold, dust or pet dander; or by certain foods or medications, which can result in a different type of allergy. These triggers affect the conjunctiva, the clear layer of skin over the eyes that is similar to the area of skin on the inside surface of the nose, another common source of allergy symptoms.

Treating eye allergies can most effectively be done by avoiding the specific triggers that cause your symptoms. If avoidance is not possible, patients can apply cold compresses to the eyes or use artificial tears or over-the-counter medication to relieve symptoms. Prescription eye drops or oral medications may also be recommended to relieve symptoms of eye allergies. 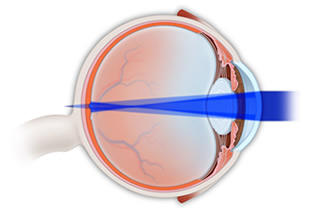 Astigmatism is a common imperfection of the corneal surface which distorts the refractory properties of the eye. The altered curvature of the cornea (or lens, in some cases) prevents the eye from focusing the image on the retina; the virtual image is situated slightly in front of or behind retina, giving the viewer blurred vision. The degree of severity varies greatly and usually occurs in conjunction with nearsightedness or farsightedness.

Blepharitis is a chronic inflammation of the eyelids and eyelash follicles that can be caused by:

These causes are associated with increased oil production of the glands near the eyelid, which traps bacteria and dirt, causing scaling of the irritated skin and excessive tearing. In addition, the eyelids may become crusty, swollen, itchy and reddened. In more serious cases, the eyelashes may fall out and sores may form on the eyelid. Complications can arise from blepharitis such as the infection spreading to the cornea as well as hastened chalazion and stye formation.

Treatment of blepharitis is usually limited to maintaining better hygiene around the eyelids. This may include some topical antibiotics and cessation of make-up use, but in many cases gentle cleansing of the area is all that is needed. Warm compresses can also help to lessen the symptoms and soothe the eye’s discomfort.

Your eye has a clear lens through which light passes, allowing you to see. When the lens loses its transparency, the cloudy tissue that develops is known as a cataract.

Cataracts cause progressive, painless loss of vision. The lens clouds naturally as we age, resulting in a gradual reduction of vision. No one is exactly sure what causes cataracts, but they can develop as a result of injury, certain medications, or illnesses such as diabetes. Prolonged exposure to ultraviolet light may also play a role in the formation of cataracts. Studies have also shown that people who smoke cigarettes have a higher risk of developing cataracts than non-smokers. 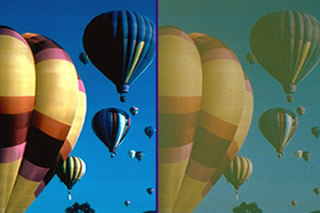 Although cataracts usually develop without apparent pain, some indications that a cataract may be forming are:

If visual impairment interferes with your ability to read, work, or do the things you enjoy, then you will want to consider cataract surgery. Cataract surgery is a relatively painless procedure. It has a very high success rate and more than 90 percent of cataract surgery patients regain useful vision.

A chalazion is a cyst caused by a blocked meibomian gland in the eyelid that is not infected. The chalazion forms when the oil it produces either becomes too thick to flow out or if a foreign body clogs the duct. This causes a backup of oil that subsequently inflames the area and may cause damage to the glandular apparatus. The patient will normally exhibit a hardened lump within the eyelid that may be red but will not be painful to touch.

This disorder will clear itself up within a month or two and treatment is normally not needed. However, topical antibiotic ointments and warm compresses may be prescribed in some cases. In more severe cases where the chalazion continues to enlarge after it has manifested, corticosteroid injections or surgical excision may be considered.